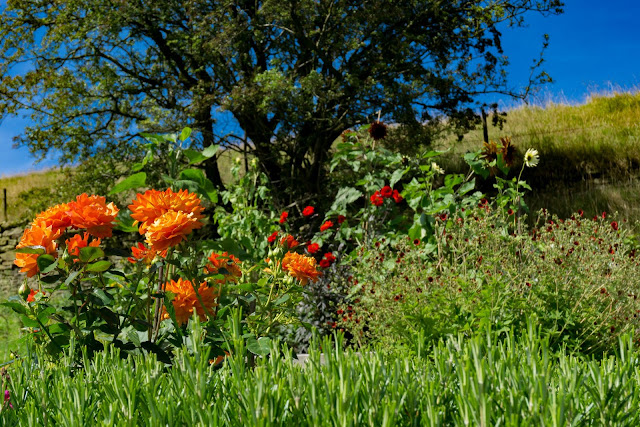 Been a bit of a mixed summer - not as cold as last year but the odd gale force winds and rain have made it look like a washed out November at times. However when the sun has appeared it has been hot and the exotic dahlias have loved it (despite not being lifted last winter, oops!) 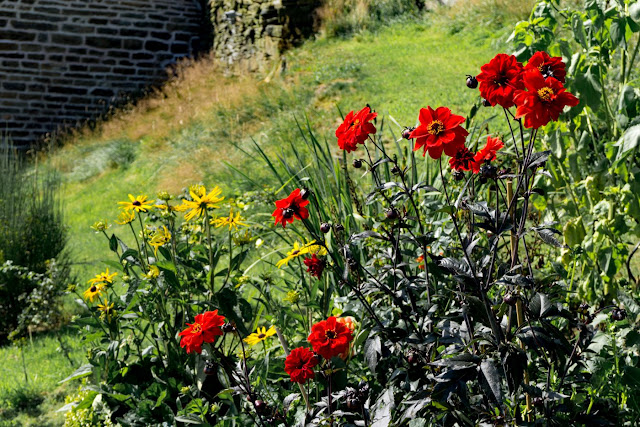 The roses have been really successful. Planted bare rooted they are now on their second summer and are starting to fill out as we train them around the stonework. 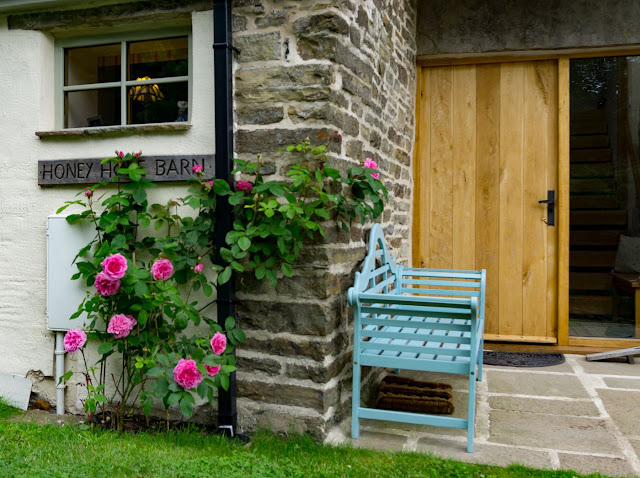 The Siberian Irises have flowered for their first time. These will need to be divided this autumn. 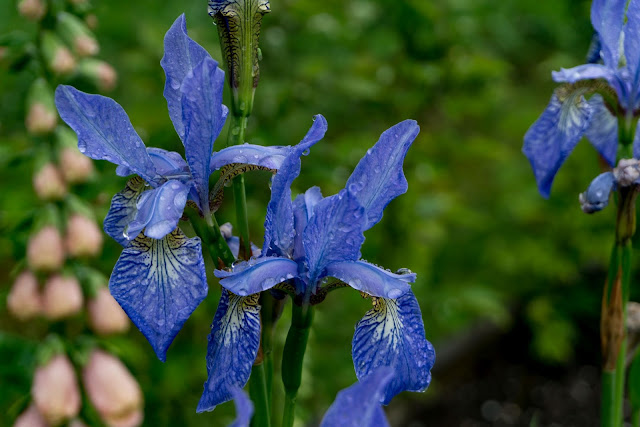 Hot colour has been provided by the reds of the Crocosmia Lucifers which almost glow against the dark green of the woods. 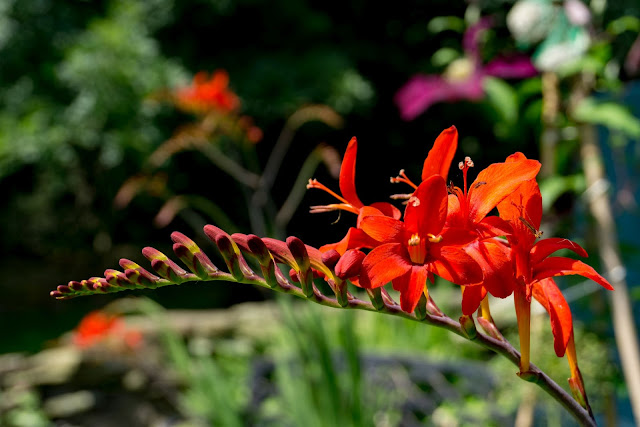 The white Delphiniums were lovely as usual but the rains  battered them constantly. Thought they did a  decent job of hiding the oil tank. 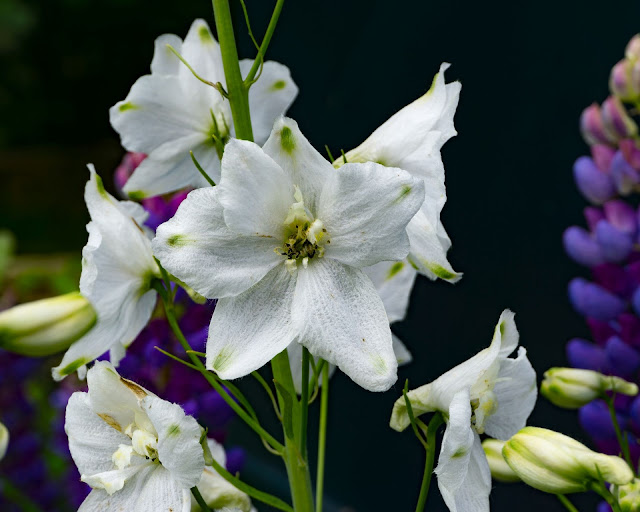 As we get into high summer the Sunflowers (with a lot of staking help) have done a lot better than last year. This is "Earth Walker"we also have "Vanilla Ice" mixed in with them. 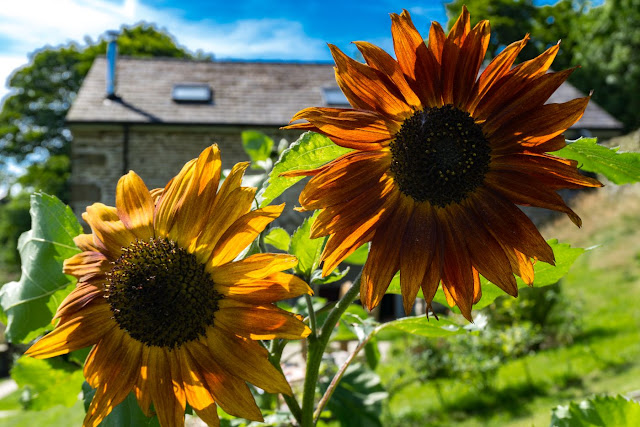 The apricot and white varietiess of foxgloves from previous years have managed to self seed and remain "true". Some of the white ones managing to even seed in the woods and fifty yards down the lane. 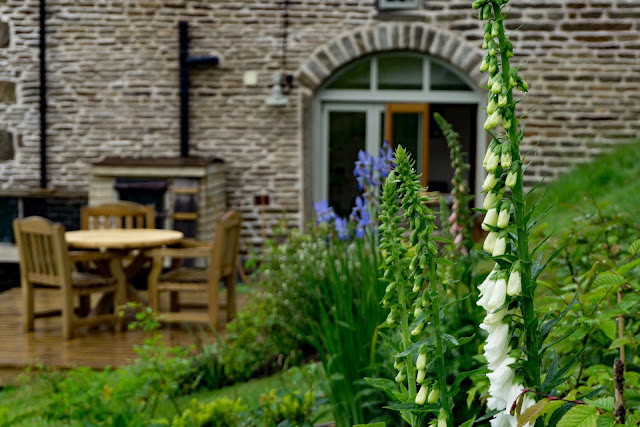