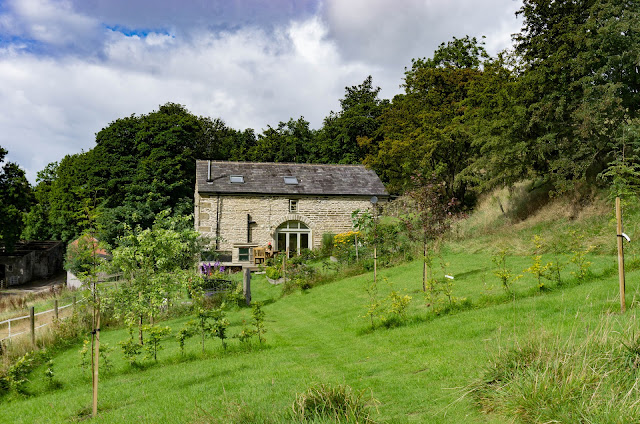 Well it has been a real mixed bag of weather this summer. Its either very warm (or as the press likes to call it a scorching heatwave which they seem to apply to any temp above 18C) or to put it bluntly its hammering it down so hard that Noah should be building a boat. 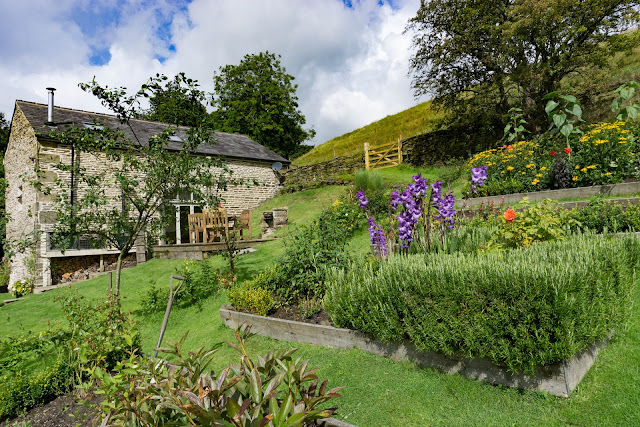 Really have missed the Cosmos this year. Last year we had them filling all the beds and they give that colour and bloom you need in August when all the early flowers have  done there thing. My experiment of starting them off in the cold frame in March was an unmitigated disaster - resulting in not a single seed shooting; and as I forgot to open the frames on a couple of sunny days I now have  a collection of melted seed trays. Live and learn - I'll either order them in as plugs next time or start them indoors again (not ideal) 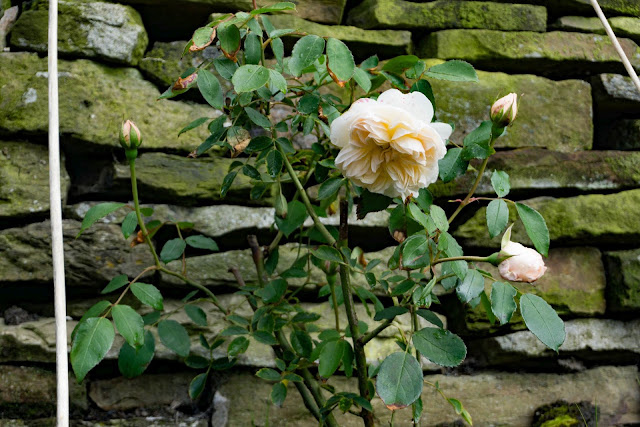 The Roses though are doing superbly. Even the climbers and ramblers this year are putting on a second showing whilst the continuous varieties have just been - well - continuous. Two newcomers for this year from David Austin are a these Lichfield Angels. 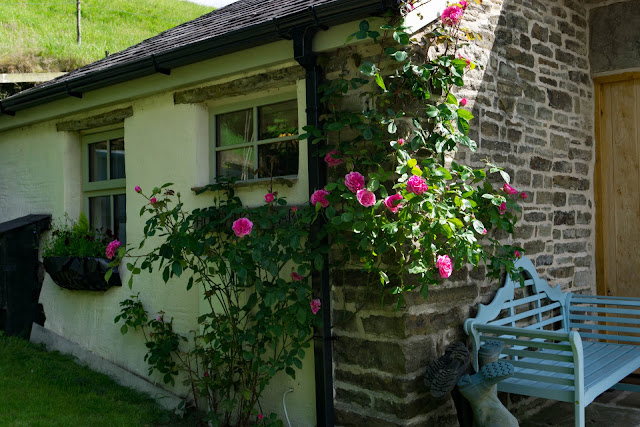 Inside a couple of changes  to the downstairs cloakroom. It used to have solid oak tops which really didn't work in any practical sense due to the amount of water spillage that the badly designed sink caused  and the cottage seaside theme was a bit 'meh'.  So out with the wood and in with a classy marble - and a  new sink. Farrow and Balls "downpipe estate eggshell" is used on the panels  to make the white porcelain & radiators pop and the marble shine. The wallpaper is Kelda Scion. This has transformed this room from twee seaside to classic modern. 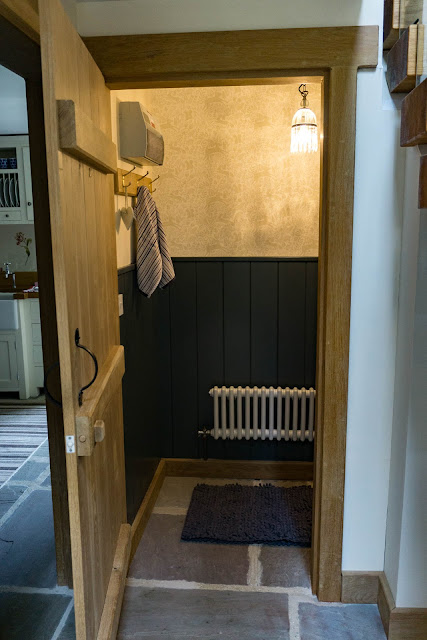 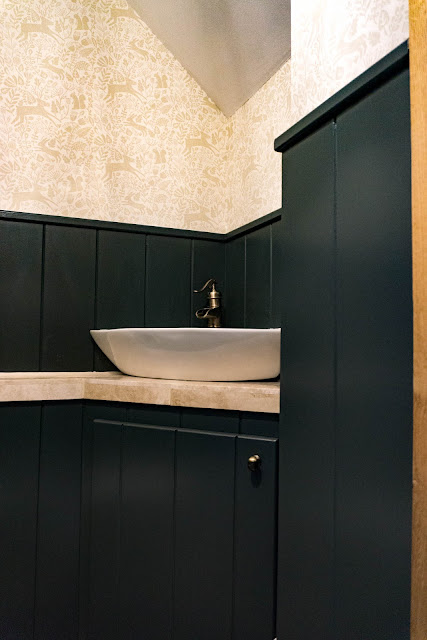