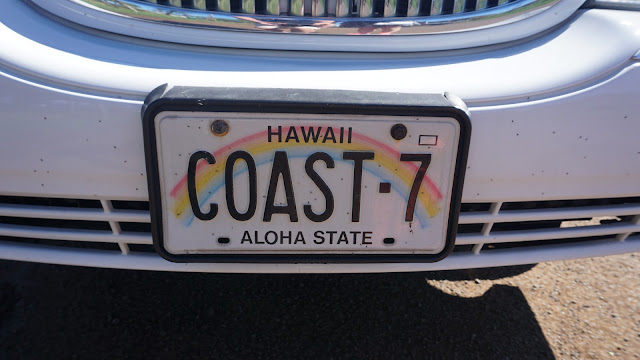 So as planned this morning we head back out to the port entrance and have a word with one of the drivers touting for business. It doesn't take us long to settle on sharing a Limo driven by Summer of Coastline Limo, Maui with a lovely American couple (who we now know as Rhonda & Jim from Iowa)  and are soon joined by three Japanese visitors. 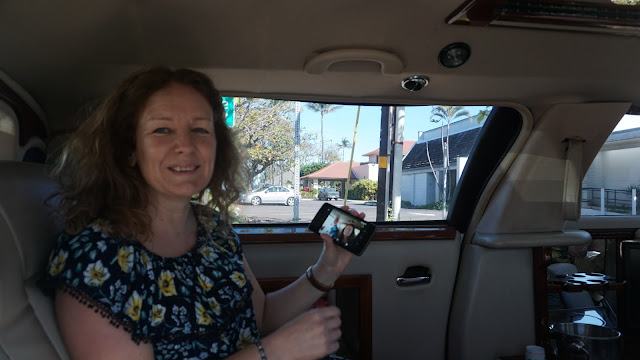 Clean and comfortable Lincoln Limo driven by Summer who gives us an excellent commentary  and is on hand to answer any other questions we throw at her. 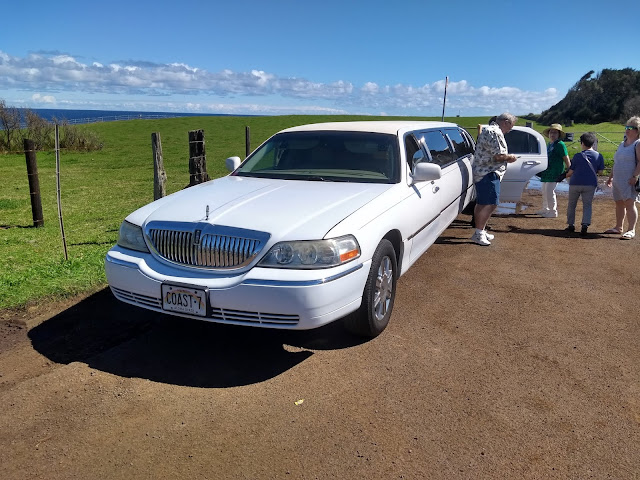 First we head to Ho'okipa beach  - Usually a great spot to catch the turtles sunbathing but its a bit too hot for them apparently and dusk or evening would be the better time. We are entertained by a couple of large Hawaiian monk seals trying to clamber up the rocks to sunbathe. 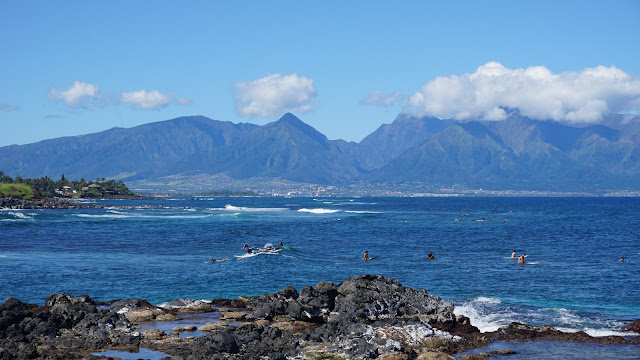 Its also a very good area to watch the surfers. In the distance you can see where we will be heading next - up through that gap in the mountains. The Iao Valley State Park on the other side of Wailuku. 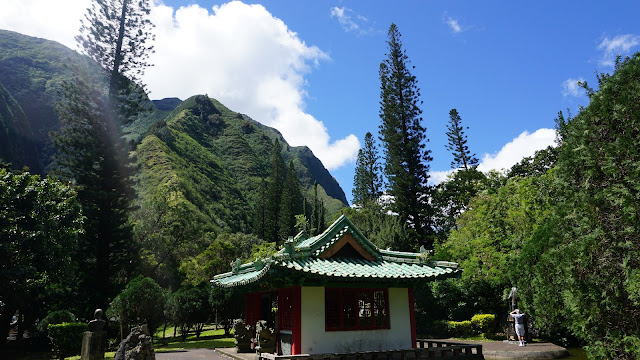 First stop in the valley is the park of Kepaniwai Gardens. The garden was established in 1952 to showcase Maui's ethnic heritage and restored in 1994. The Iao Stream was dammed to create water pools. There is a Portuguese Garden, Japanese Garden, tea house, temple and New England salt box 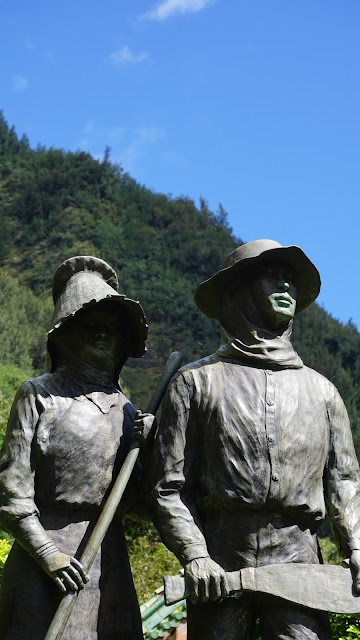 The gardens and structures all commemorating the diverse cultures who contributed to Hawaii's history, such as Korean, Portuguese, Chinese, and Japanese. The Japanese seems to be the largest with lots of beautiful statues and memorials explaining the history of how they came as workers for the sugar fields. 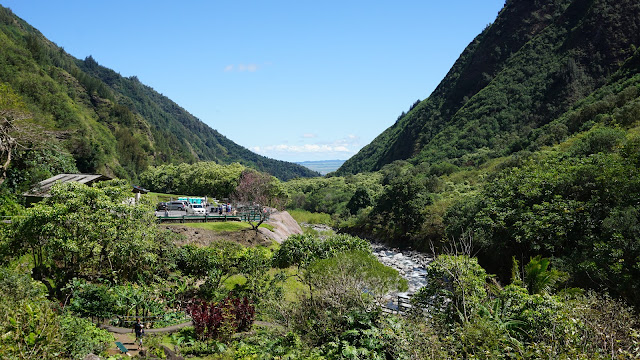 We climb further up the valley to reach the Iao valley state park's main attraction. The climb to the lookout to view the Kuka'emoku. 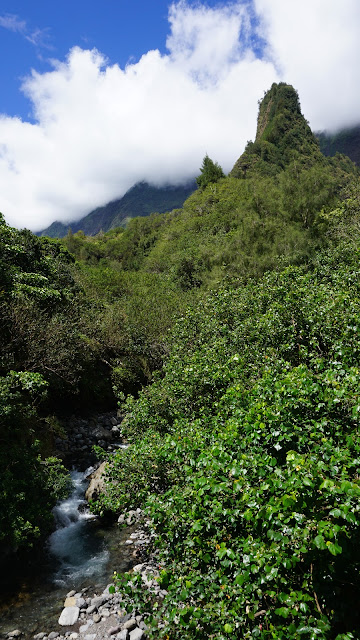 Know as the 'Iao Needle - The traditional name for this 2,250 foot high peak is Kuka'emoku. The peak is known as the phallic stone of Kanaloa, Hawaiian god of the ocean! 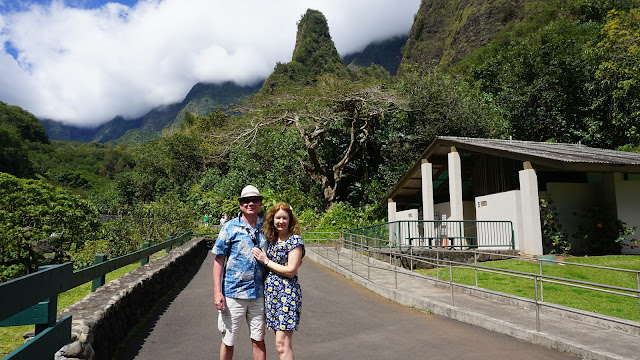 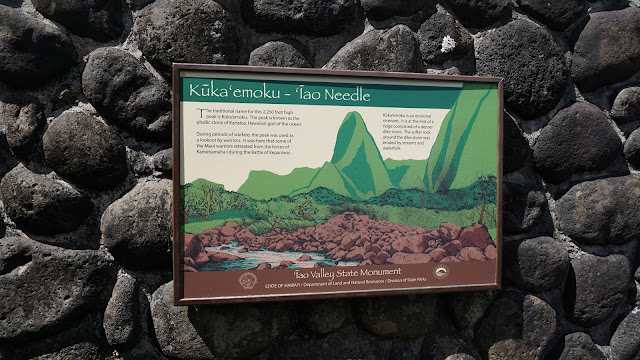 During periods of warfare, the peak was used as a lookout by warriors. It was here that some of the Maui warriors retreated from the forces of Kamehameha I during the Battle of Kepaniwai.
Kuka'emoku is an erosion remnant. It is at the end of a ridge comprised of a denser dike stone eroded by streams and waterfalls. 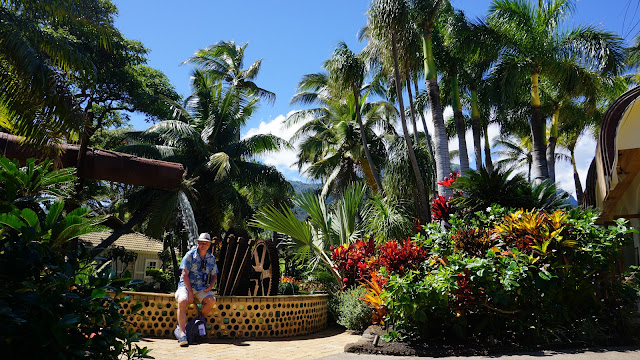 Next we drive off to the beautiful Maui Tropical Plantation.  There are various trips available here but we choose just to have a wander around and enjoy a cool beer and some gorgeous quiche at one of the many food outlets. 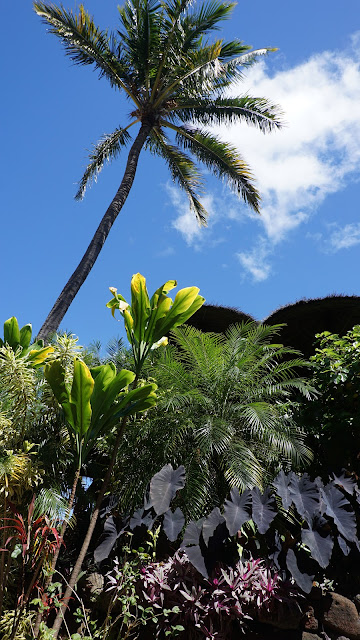 Sugarcane would in the past have been Maui's biggest export and employment but once tariffs and quotas with the mainland took effect it was wiped out completely. Tourism plantations like this are one way of using the land. Though what is going to happen to the 1000's of acres of abandoned sugar cane land we drove through is still worrying for the islanders. 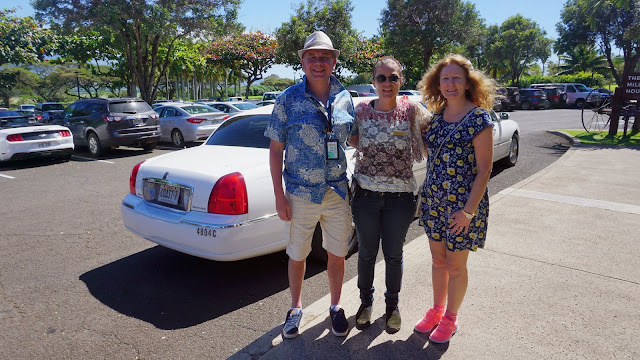 We say good bye to Summer and head back to the port and by 6pm we are sailing away from Maui on our way to 'Big Island'  the island of Hawaii - where we will dock tomorrow morning in the East Coast Port of Hilo. 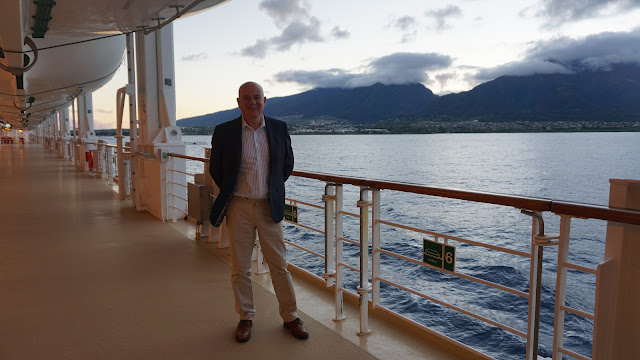 Dinner again tonight in the Liberty Restaurant and we get a great table at the aft windows to watch Maui disappear behind us as we eat. 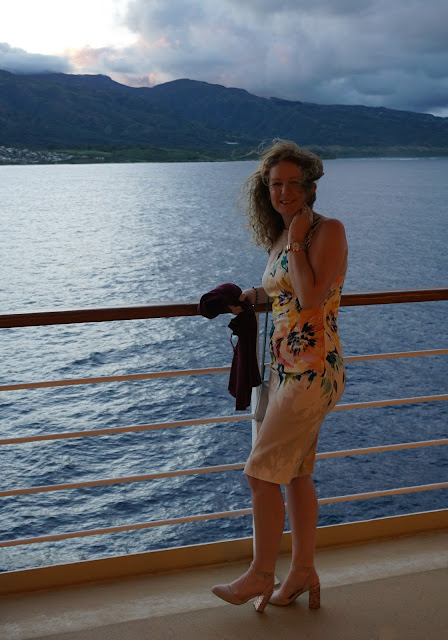