A quick trip out to Haworth .  A Monday in January is a great time to visit Haworth; its the time when shopkeepers and residents actually outnumber the masses of tourists that will fill the streets to capacity once the holiday season settles in. I think this is the first time I have actually climbed up the steep main street and seen it totally empty. 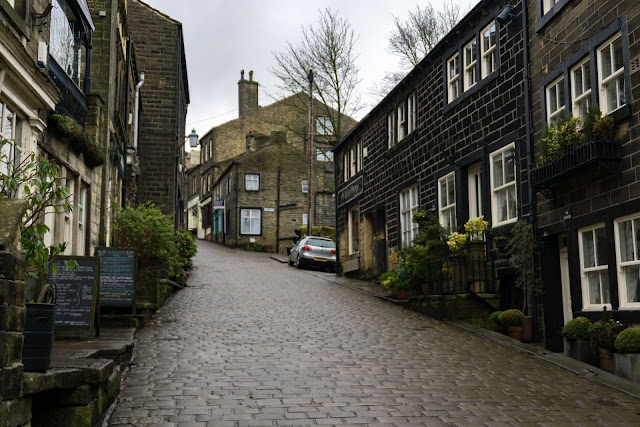 Having just watched Sally Wainrights beautiful biographical film about the Brontes ("To Walk Invisible") I particularly wanted to take a look at how they had created and dressed the street. As Jacqueline demonstrates in the side by side pictures at the top of this entry, new fake front facades were built to hide the modern shop windows. The effect however in film is much more dirty and grimy thanks to excellent lighting and basically lots of rain.. Not much different then to a normal day  here. 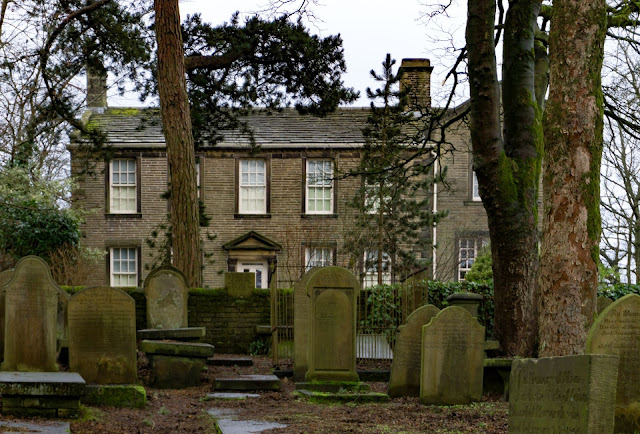 Unfortunately I believe the parsonage set with its treeless graveyard and cobbled school street were torn down almost as soon as filming was completed - the set was not too far away on Penistone Hill where we later walked and admired the both bright yet sombre colours of the heather. The real Parsonage was both impractical and is also a little too grand looking, as the incumbent who was posted after the Rev Patrick Bronte had a whole new gabled wing added to the right hand side. 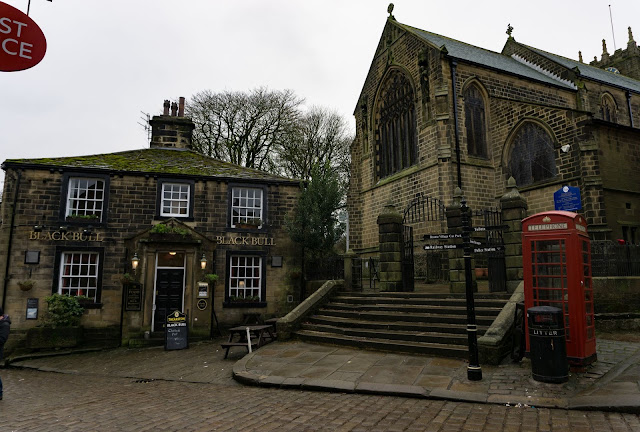 The Parsonage is closed during January to allow for maintenance and the essential cleaning of items etc to take place. Of course the shop is always open for all your Bronte merchandise - though I can't help wondering what the sisters would have made of the range of Bronte Liqueurs currently offered for sale other than how to keep them away from Branwell. 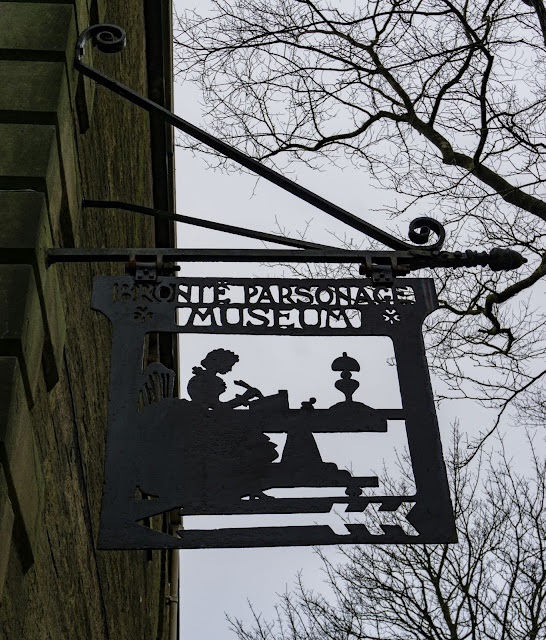 As a postscript the Bronte Tandoori near the heritage railway station now has a rival in the ridiculous names for restaurants in Haworth list - as we climbed up  the main street a poster in a shop window proudly announces that the Bronte Burritos restaurant will soon be open for business.
Email ThisBlogThis!Share to TwitterShare to FacebookShare to Pinterest