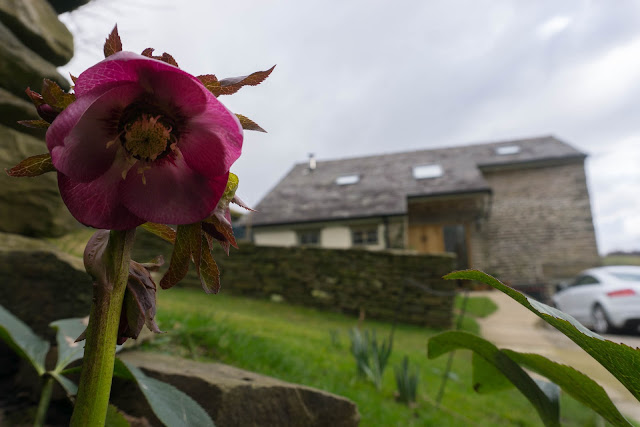 Apparently (according to our weather obsessed press) Spring is in the air and we are due to bask in 17C glory. I'm not sure these temps will ever reach us 800ft up in Rossendale but we do now have a couple of  new starters which are probably as late as ever compared to the rest of England.

Hellebores are out in the woodland garden and the odd snowdrop has finally decided to open its head including this lovely clump of doubles (Flore Pleno) that was planted in the green a cpl of years ago but then spent a year in hiding. I suspect it was too dry for them the first year. 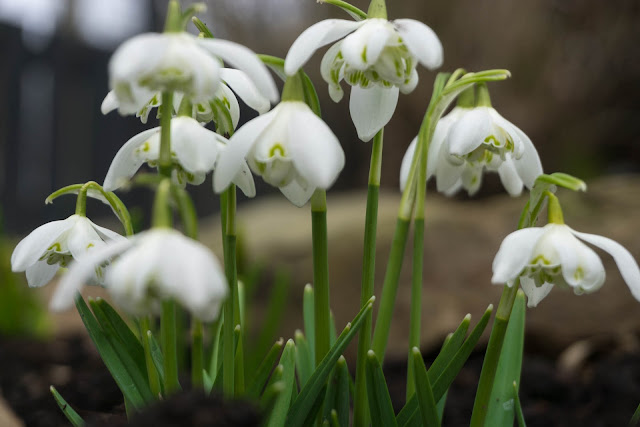 Daffodils and Tulips are starting to appear everywhere but those on the grassy banks of the lane are having to contend with badgers turning the driveway into a war-zone of ripped up grass and bulbs.
Email ThisBlogThis!Share to TwitterShare to FacebookShare to Pinterest