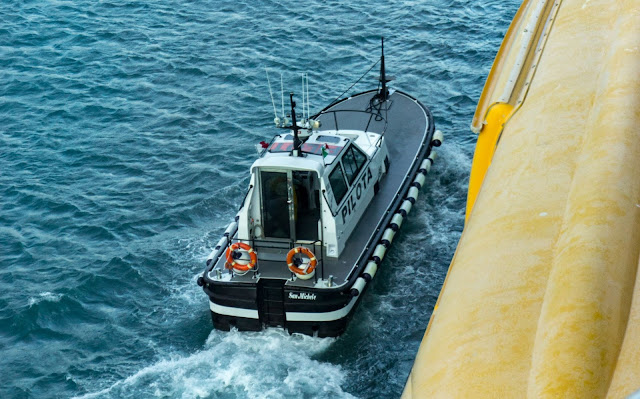 Picking the pilot up early we docked in  Civitavecchia with a slightly overcast sky that should clear later. One benefit of this itinerary is the ship spends quite long days in each dock. The slight disadvantage though is you don't get to see that many actual sail ins/aways as its either too early or too dark. We take breakfast in the cabin. This suits us much better, especially with these early starts on such a port intensive itinerary. 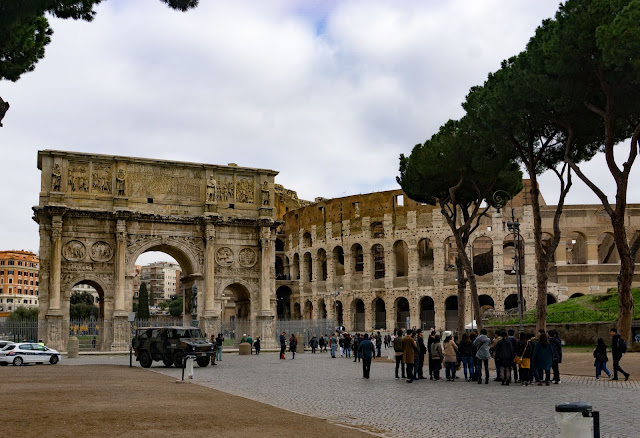 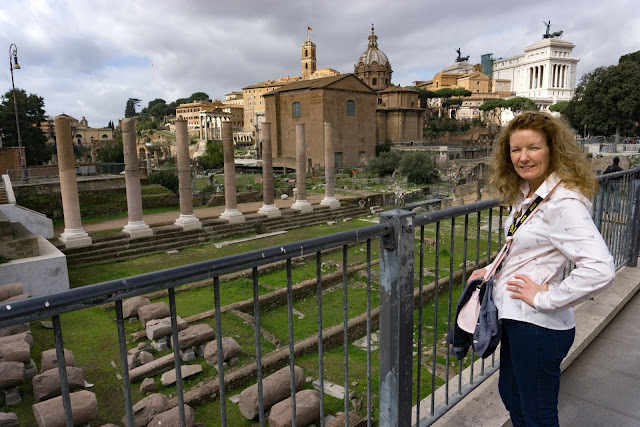 We are going to Rome this time and had already researched that the Costa bus from the ship, just a simple transfer with no tour would be best.

We have been to Rome several times before however last year when we docked here we got together with some folks from the CC roll call and did a "Not going to Rome" tour which was excellent - details can be found by clicking here. This time, we decided  it would be nice to have a relaxing walk around, find somewhere nice for  lunch (we ended up in a little trattoria full of locals in a little square behind the town hall (piazza Capranica) which was nice and simple but probably served the best spaghetti carbonara I have ever tasted) and then took in all the major sites. 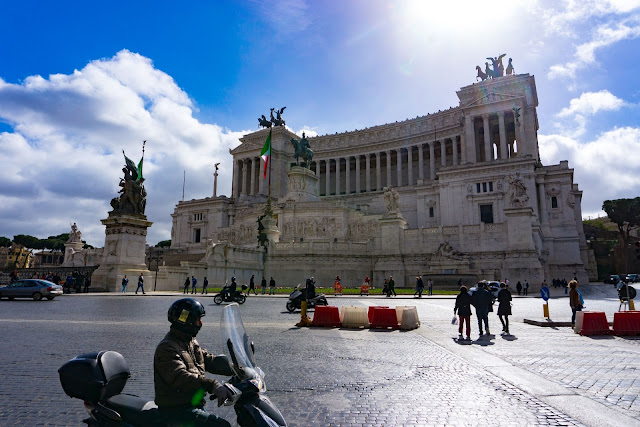 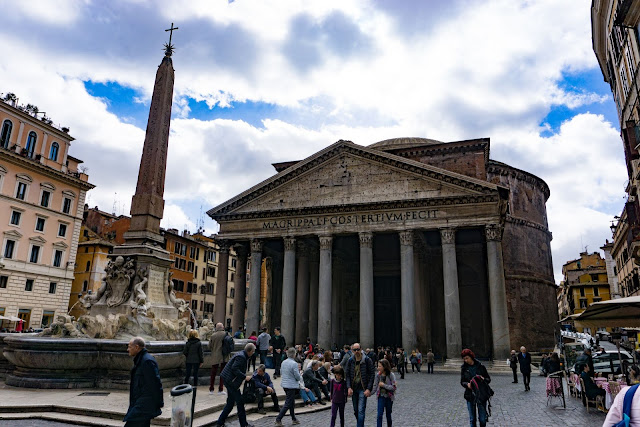 The bus dropped us at the Coliseum, then we headed to the  Altar of the Fatherland (or the big white typewriter as some locals call it)  via the Imperial Forum before heading to our favourite building the 2000 year old Pantheon where we stopped for expensive coffee. Slowly the clouds began to break up to let the sun through.
From here we went through to the Trevi Fountain (as busy as ever) which has certainly been cleaned since the last time we saw it. Next we headed west to the Bridge of Angels to cross the Tiber stopping for lunch on the way. The Bridge is of course well known for its Dan Brown connection but we remember it more from a relatives wedding in the summer where it was so hot we all spent the time  finding an Angel to hide under for shade, dressed in our finery. 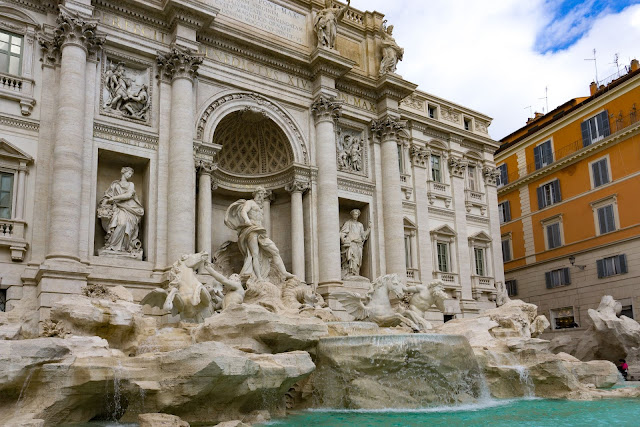 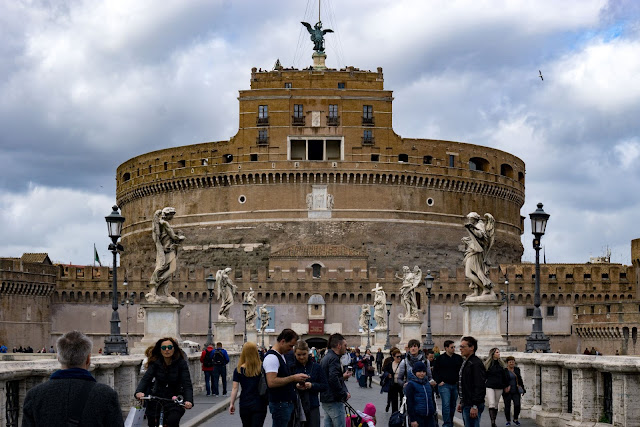 After crossing we made our way from Castle Sant' Angelo and walked directly to St Peters alongside the Popes connecting wall that leads from the Castle to the Vatican and was used as an escape route if the sitting Pope needed protection. Once at St Peters we paid the 15E front of line fee to miss the 2 hour queue out.  Worth it in the end because otherwise you would have spent most of the  day in Rome in a queue just to see one building.

From St Peters we got onto the bank of the Tiber (the one Daniel Craig drives down) and walked all the way back to the Circo Massimo before turning back towards the Colosseum to meet the bus (almost 3 miles). Make sure if you take this trip you have a good idea of direction and distance - Rome is wonderfully walkable (we covered 6 miles today and that doesnt include the wandering around in Churches and Squares plus getting lost!) but the distances can be misleading through the mazes of streets (plus you always find yourself stopping and staring or taking photos). The bus took us back to the ship with two guests missing, yikes, E200 for a taxi. Take note people.

We arrived back onboard about 6:00pm. It had been a long day and we went back to the MDR for dinner to the delight of our waiter (who must have missed us last night). It was Italian night tonight - an odd name for the night seeing as every meal is Italian in style . The reason for this title is midway through the sitting an opera starts and all the Italians start waving napkins (I have no idea why but hey - when in Rome) this is then followed by ballroom dancing in the aisles with the waiters (much to Jackie's delight as she now has someone she can dance with who doesn't stand on her toes) and a rather hilarious Italian version of a conga. I say hilarious because one table nearby decided to join the conga one by one and then all disappeared out of sight somewhere in the depths of the MDR leaving a poor toddler sized daughter sat at the table in a high chair crying! oops.

Dinner was once again excellent - highlights being tonight a lovely gnocchi in a sage sauce that was light and fluffy, not at all like the dumplings we seem to get at home. The suckling pig was tender, melt in the mouth perfection. Coffee and an early night for us. It's been a long day.