I awake still singing the "Let it go". We packed last night so we can take advantage of early entry in Disneyland and ride everything in Fantasyland. As we don't have a flight until late this evening we still have a full morning and lunch to fit in before we need to set off home. 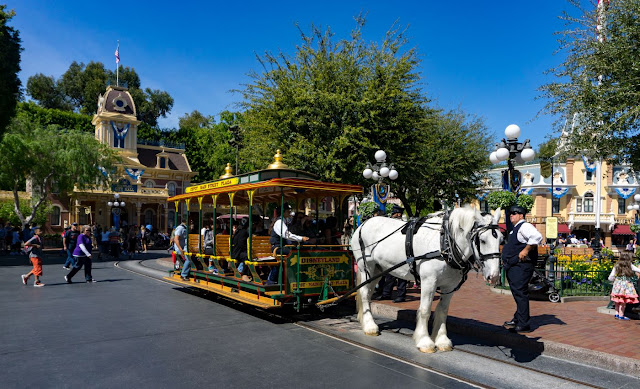 Last night I downloaded a SuperShuttle app onto the tablet and used it to arrange for private transport to LAX. The big advantage of this is I am updated as to how the taxi's progress and if they want to advise us of traffic issues that they think will effect the journey time to LAX they will ping us and tell us to be ready earlier. 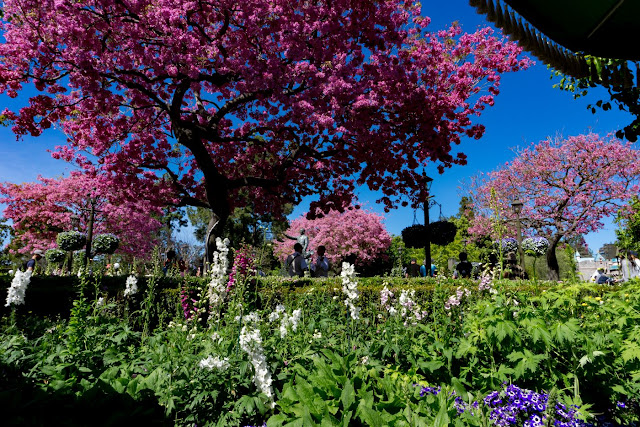 After dropping the cases off in reception we cross the road and are back in the park in a few minutes. I know Walt was disappointed in some ways at how motels and restaurants quickly surrounded the park within a few years of its opening (in Florida he made sure to buy everything) but to be honest I think in the end its turned into  a major advantage . Once in the parks you have no idea you're in the middle of a city - the landscaping and theming  is so good especially in spring. 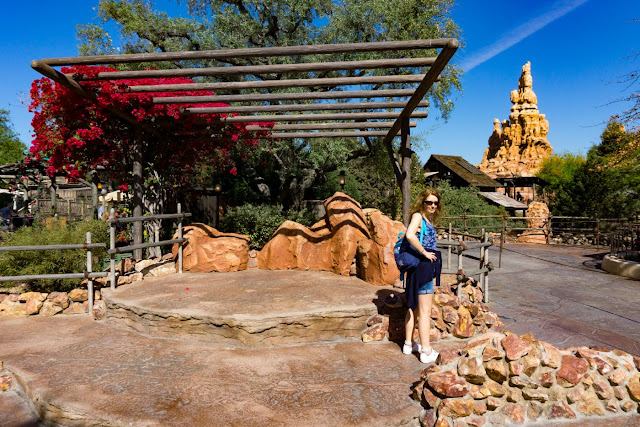 Its another glorious Californian spring day and we grab breakfast at La Brea Bakery then enter Disneyland heading straight to Fantasyland and ride everything. I'm always quite taken by all the so called kiddies rides (apart from its a Small World - that song AARRGH). To be honest in any other park rides like Snow White would be simply called a ghost train, I'm surprised toddlers don't get off traumatized :) 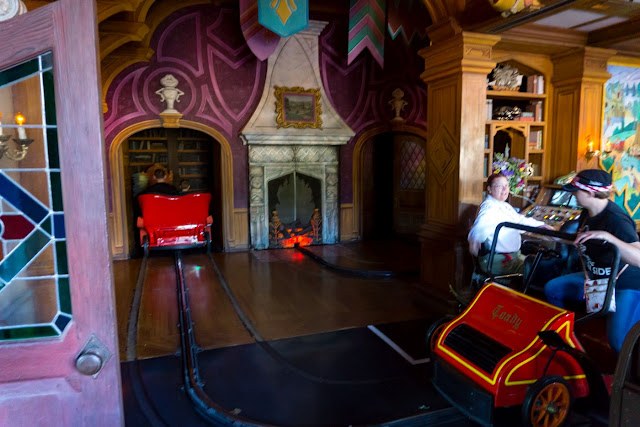 Mr. Toad's Wild Ride is another fun and quirky dark ride as is Dumbo (again semi ghost ride crossed with semi hallucinogenic) - you're suspicious by the time you have been on Alice in Wonderland that some of the Imagineers in those days must have been smoking more than nicotine in the design room. Everything is basically a walk on in this hour before official opening time - only Peter Pan seems to be attracting enough people to form a queue. 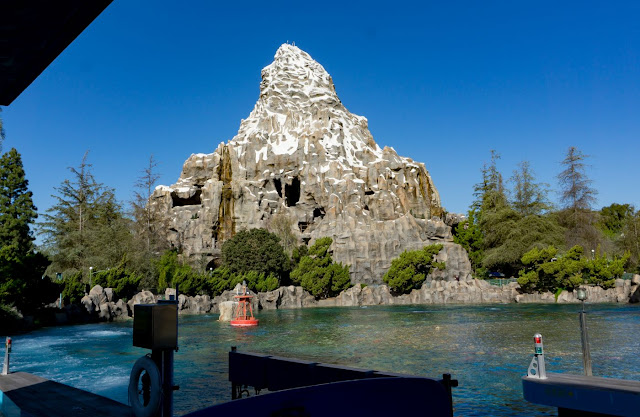 We take a ride on that good old original Mountain "The Matterhorn"  - the first tubular steel continuous track roller coaster ever constructed (1959) - and boy does it feel like it. Shaken not stirred we then head over to the much more sedate underwater subs which are of course now re invented as a Nemo attraction. 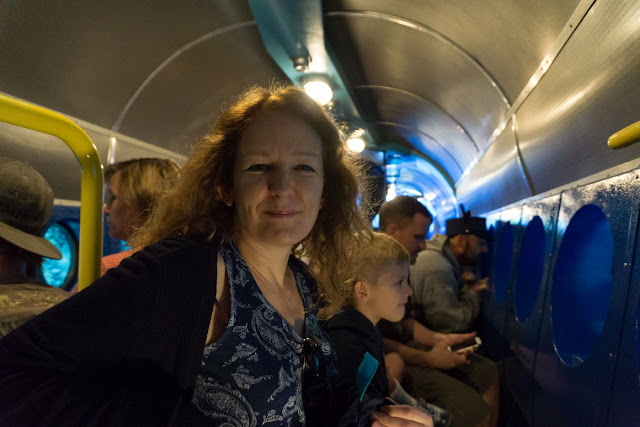 We rode this on the last visit when it was on soft openings and even though we left it to the end the queues were immense. In fact they had to adhere to the policy where if you're in the queue at closing time we wont shut the ride down or lock you in the park :) Seems a lot more complete now and only short queues - though we had the last two seats under the hatch which meant Jackie got a free cold shower midway through the ride. Proves it's a proper sub! 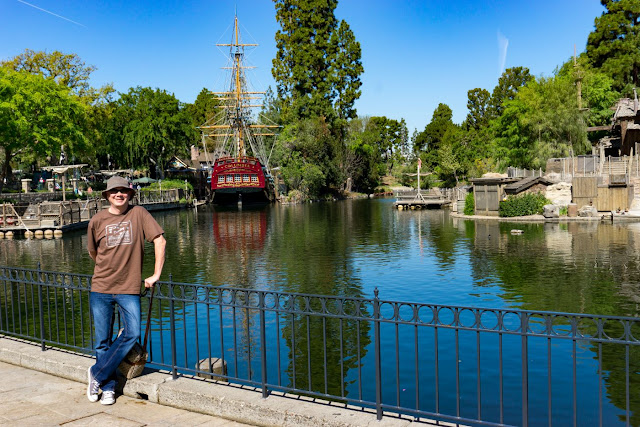 As its only 10 am we decide after a final ride on "Indiana Jones" that we will go back to California Adventure for lunch and the last few hours.  This is in no way influenced by the fact you can have wine/beer with lunch in CA but not in the MK! 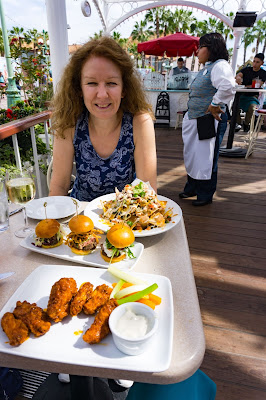 We eat lunch outside at the bar and snacks spot The Cove Bar on the boardwalk next door to Ariels Grotto.  We have ignored this spot before because the description is a little misleading. Snacks to an Englishman means peanuts and a bag of crisps. The snacks here are delicious - the Lobster Tacos are superb. We also have the mixed sliders and buffalo wings and the beauty of all of this is we can sit, relax and not stroll out of the park until 10 mins before our ride to the airport is due. Time for more Tower of Terror, Cars Racers and California Screaming after lunch all short waits through fast passes and single rider queues.

We leave mid afternoon and as I pick up the cases from the hotel lobby the app pings to tell me a description of the car and that he is 2mins away. The journey to LAX was efficient and fast and the flight  home was not full meaning we had extra seats to spread out on. 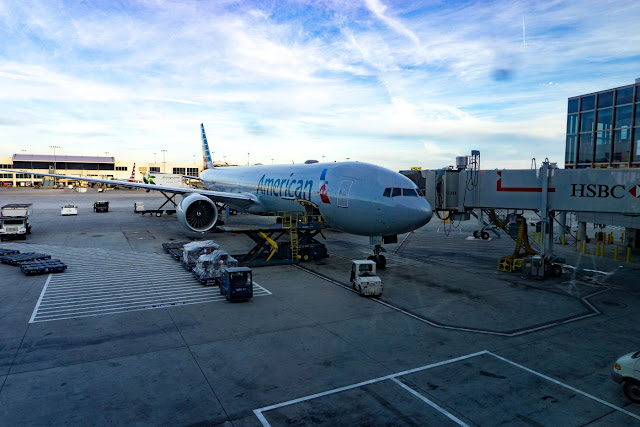 Unfortunately all our good luck ran out as we crossed Ireland.  Thick fog had closed Heathrow for a while and when it lifted an American Airlines plane was forced to return with an engine shut down closing a runway. The resulting delays caused by stacking meant we had missed our connecting flight back to MAN so we were put up in a hotel for the night. Oh well at least we got free PJs for the night.