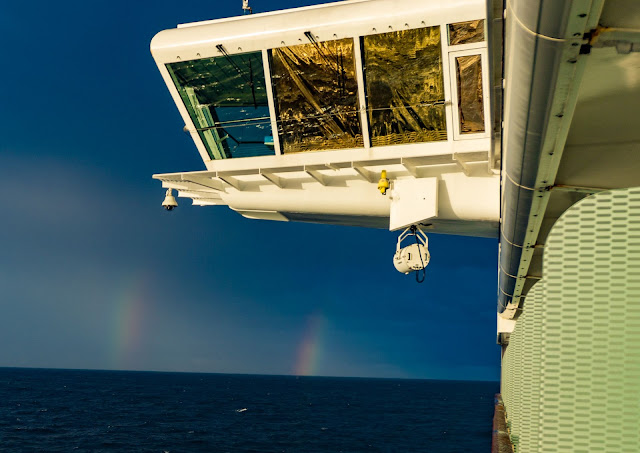 Once again the petite and adorable Gemma wakes us with a light breakfast in bed. A couple of rainbows hang on the horizon in front of the ship as the sun slowly climbs up into the morning sky.  The clocks went back again last night (for the fourth time) and I wonder if that little old lady with friends waiting in Boston has finally worked it all out.. I shouldn't laugh I don't even know what day it is, TransAtlantic seems to have this effect on you - but then again who cares:) 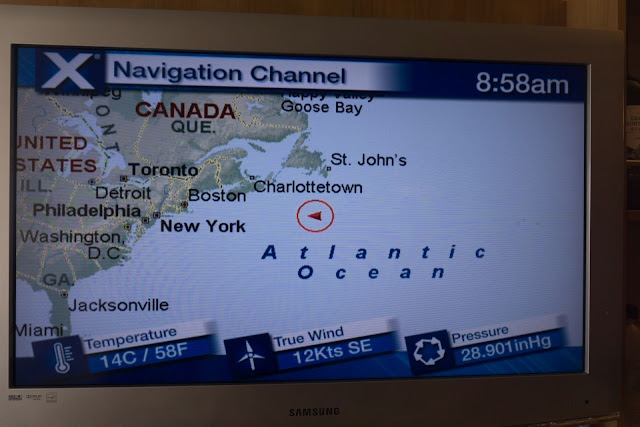 The navigation display in the room now shows we have land to the west (Boston/New England) and the north (St Johns/Nova Scotia) but the vast scale of things is very misleading; "Where are we today darling... I think during the night we finally crossed the top of the first T in Atlantic". We still have two more full days to go before we will see any land, we haven't even seen another ship so far and our route must be away from the main TA air routes as we have only seen one plane pass over. 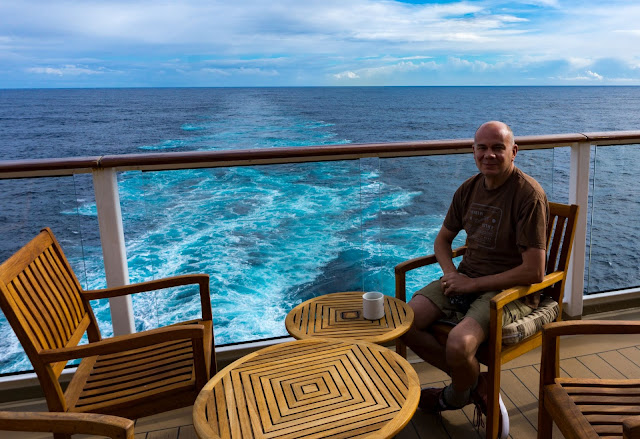 This doing nothing is actually rather tiring - who needs a gym. Must be all the clean fresh air, ozone and reading - a supervisor at breakfast explains the gentle rocking from the swell forces your brain to start auto compensating, it's very tiring - you're using a lot of muscles to keep vertical without even thinking about it.  We have a nice lunch outdoors finding a sunny spot at the back of the ship and a couple of cheeky malbecs. Then we huddle under blankets on sunbeds reading for a cpl of hours whilst sipping earl grey tea. Very English and civilised. 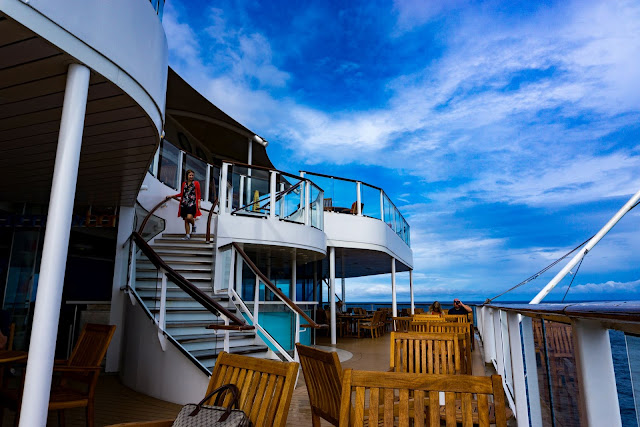 Dinner is in the MDR though we are a little later than usual and we find ourselves in a new spot with the quietest, most shy waiter on the ship teamed with a jolly and exuberant sommelier from Latvia who goes from table to table repeating the same one line jokes  so that it becomes a comedy sketch in its own right if for the wrong reasons. Not sure where the lambs were sourced for the main course but D ends up with what looks like half a cows leg perched on some mash pretending to be a lamb shank, its delicious if a little overwhelming. 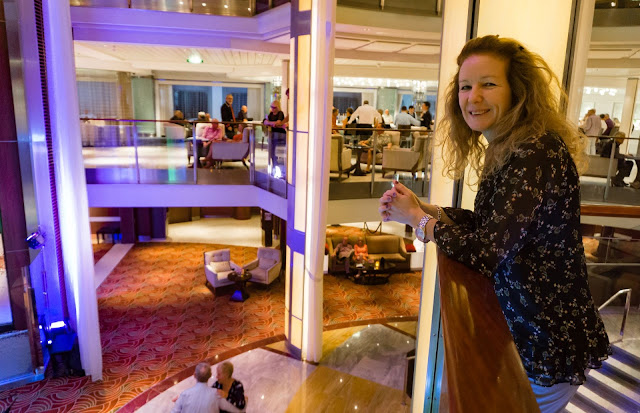 After a dance in the Atrium to the brilliant Trends - who amaze night after night,  we wander around  before settling back in the Ensemble Lounge for drinks. Now as much as I do enjoy Jessica and Luke's interpretations and music I do wish they would  plan a set list: rather like our Latvian sommelier they can end up becoming a bit of an unintentional if harmless comic car crash as they discuss what to play next ;)  J."Luke, could you play some elevator music to fill in the gaps"