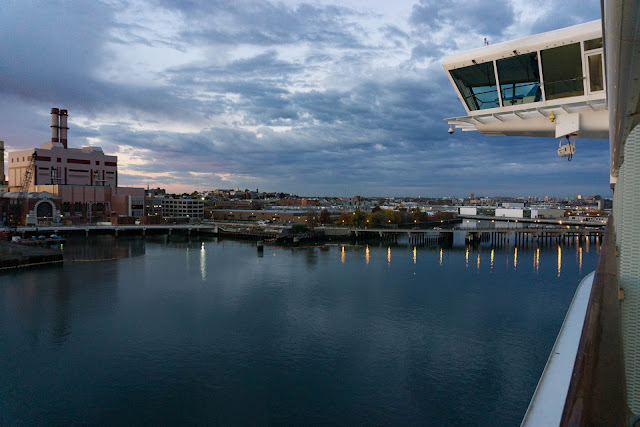 Its almost halfway through the cruise and at 5.00am we slide gracefully into Black Falcon Pier; the first land we have seen since leaving Southampton all those days ago. After breakfast on the balcony courtesy of Gemma we dress and set off  to go through immigration. Its a long queue that snakes through the MDR but I have to say its not the horror story we had read about. The line's very well organised & keeps moving and the Border staff (of which there are at least 8) are polite and efficient. 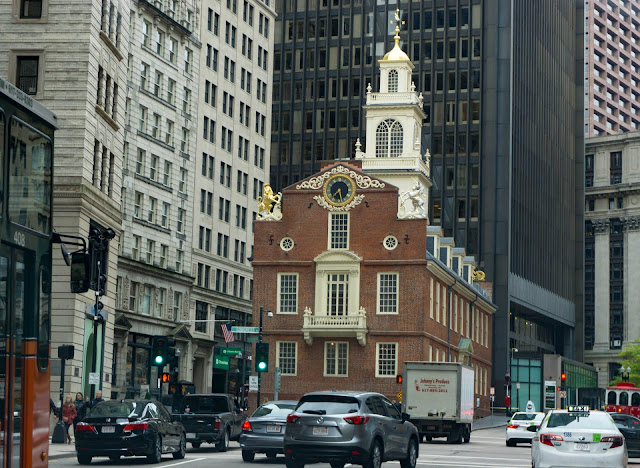 Sue (& her husband Colin, from Exeter, via CC forum) organised  a private company  Trailblazers for a historical tour of Boston, Cambridge for Harvard, Lexington and Concord. The company's run by a husband and wife team - Martin and Joan McEntee, who meet us at the port & load us into two comfortable six seat vans. If all history lessons could be conducted in this fashion everyone's knowledge of the world would probably be improved tenfold. Now I must point out any historical errors in this blog are entirely mine though ;)

We spend some time in Harvard. Of particular interest to our small group of Trans Atlantic travellers is the Widener Library. A Harvard graduate Harry Widener was from his youth an accomplished collector and  bibliophile. Inside is one of the best examples of the few remaining Guttenburg  Bibles - though poor Harry was never to set eyes on it.  His grandfather was to surprise him with it when his ship docked in New York - unfortunately the ship was the Titanic and Harry was lost with it. 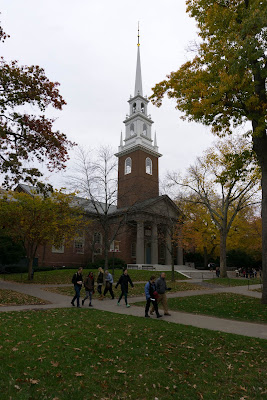 Joan (our driver) is very personable and easy to listen to - Martins enthusiasm for the subject brings everything to life as between them we get the low down on the American Revolution against the British and the development of Boston as a city - Joan has lots of extra info and historic pics and maps ready on an Ipad to help illustrate all she is describing.  Very helpful in showing how much of this city is built on reclaimed land. 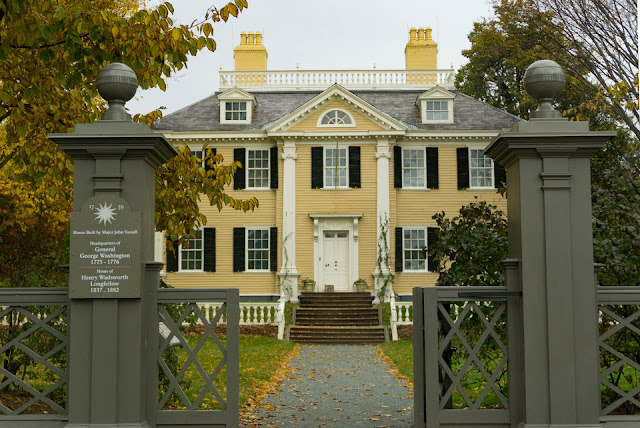 After Harvard we spend some time looking around areas of Boston and checking out some of the beautiful New England Architecture. To say its now the start of November we have been very lucky in that the fall colours are still beautiful due to the milder weather. To fully appreciate this we are driven out to Mt Auburn Cemetery that has a great overview of the city. 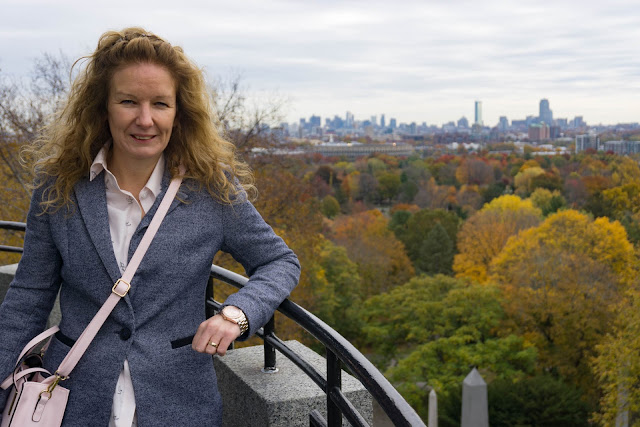 Concord and Lexington are looking beautiful in the late fall colours. Two fabulous looking towns I could quite happily move out to tomorrow. 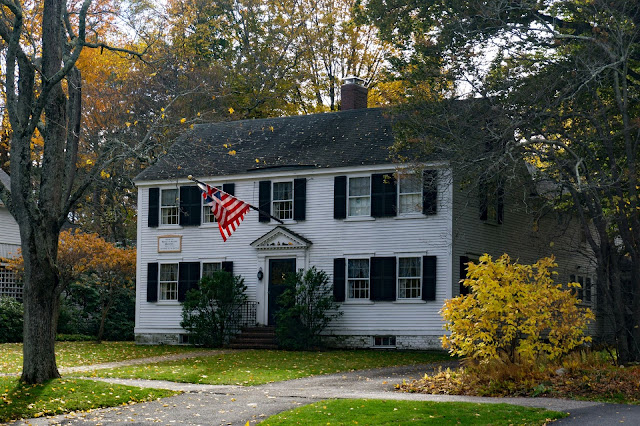 Martin explains the history of what happened here at Lexington common with such flair you feel you can see it happening in front of you. On April 19, 1775, local militiamen emerged from Buckman Tavern adjacent to the common and formed two rows on the common to face arriving British troops, sent out to seize weapons. The militiamen suffered the first casualties of the American Revolution when the two sides exchanged fire. Very hard to imagine now, from the calm & pleasant surroundings. 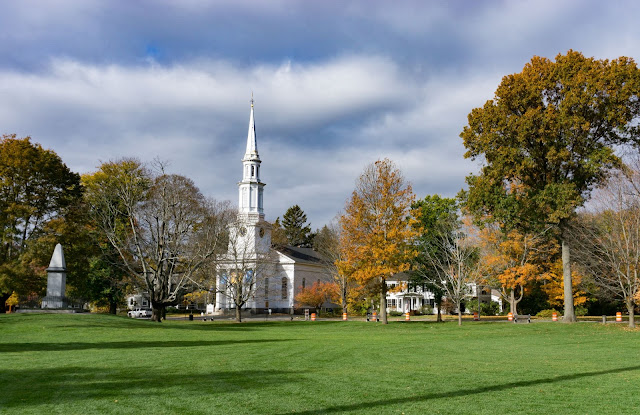 As we drive from Lexington to Concord Joan pulls in to 'Alcott's - Orchard House'  the home of Louisa May Alcott and the place where 'Little Women' was both penned and based.

At Concord we walk out through the 'Minute Man National Historical Park' to the North Bridge where the first day of battle in the War of Independence took place. The current wooden bridge is a replica of the one that stood in 1775 on the day of the battle.


We decide on a seafood lunch: Martin and Joan know just the spot and drive us all to Jasper Whites 'Summer Shack' in Cambridge which is  heaven on earth being your traditional New England seafood restaurant - not too fancy but gorgeous seafood. We enjoy spicy meat chowder with some tasty fresh soda bread and huge lobster rolls with sauv blanc most excellent. 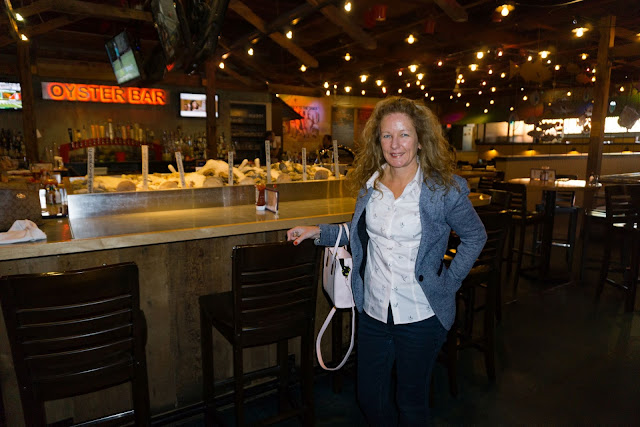 As we return back to Boston Joan drives us around the Italian side of the city showing us the areas that have not yet been over commercialized. We finish at the Old North Church  on Salem Street where Paul Reveres "One if by land, and two if by sea" lantern signals to the militia was sent from. 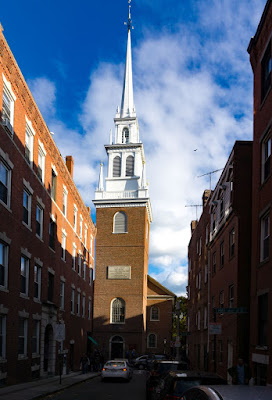 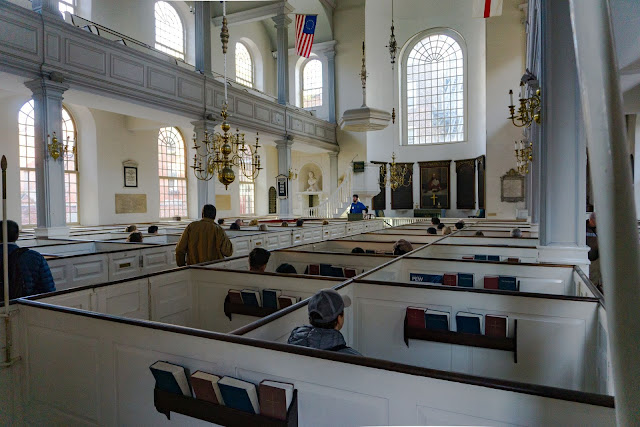 Inside the church at regular intervals a volunteer recites the tale of how the war began. As we sit in the pews listening it now really means so much more now that we have visited all of these towns and sites. A perfect way to conclude the day. We have both loved Boston and (even though we have been before) we have seen far more of it and the surrounding area in one day than we did in a few days on our own. And as for the history - this is the perfect way to envelope yourself in it. Well done to Trailblazers

We arrive back at the Eclipse in good time for the sail away. Heading directly South we will arrive in New York tomorrow afternoon.

Dinner tonight is in Murano which is the French restaurant onboard ship. After the amuse bouche of Asparagus soup with a parmesan foam Jack chooses the Anjou Pear and Roquefort cheese encased in pastry followed by Turbot with a fennel puree and citrus sauce. Dan has the Diver Scallops Wellington followed by Murano Lobster which is flambeed table side. Its all beautiful, the ambience and service is spot on. After a cheese course we have Flambe strawberries & crepe with a balsamic pinot noir reduction and a grand marnier souffle that is as light as air. Perfection.